A few weeks ago, I was lamenting the fact that there didn't seem to be any 'good and proper' fairy tale books anymore. Where were the traditional retellings? The beautiful illustrations? As it turns out, award winning author Sophie Masson, artist David Allan and artist and designer Fiona McDonald were all thinking the same thing and decided to do something about it. Enter Christmas Press.

Christmas Press was formed early this year and their first book Two Trickster Tales from Russia has just been launched. Sophie Masson has (unsurprisingly) done a beautiful job retelling Masha and the Bear and The Rooster with the Golden Crest. The illustrations by David Allan are rich and detailed, with a touch of humour, being influenced by the great Ivan Bilibin and Arthur Rackham. It's everything a fairy tale book should be.

Sophie said these two tales were chosen for several reasons - they are fun and pertinent tales about unwitting those who wish to do us harm and are ideal for retelling. They can easily be read aloud to younger children, or enjoyed by independent readers. And it's expected these tales may also be a new discovery for some readers as while they're popular in Russia, they are not so well known in the West. I I certainly found this to be the case as I hadn't heard The Rooster with the Golden Crest and enjoyed reading this to my kids while not knowing what was going to happen myself.

From the positive response and support Two Trickster Tales from Russia has received, it's obviously filling a much longed for gap in the market and with plans to continue publishing traditional tales. It's wonderful to think that a new generation of children will have their very own 'new' fairy tale books to treasure.

So pop on over to Christmas Press and order a copy or two and let's support this trio in their quest to bring solid fairy tale books back to life in Australia. 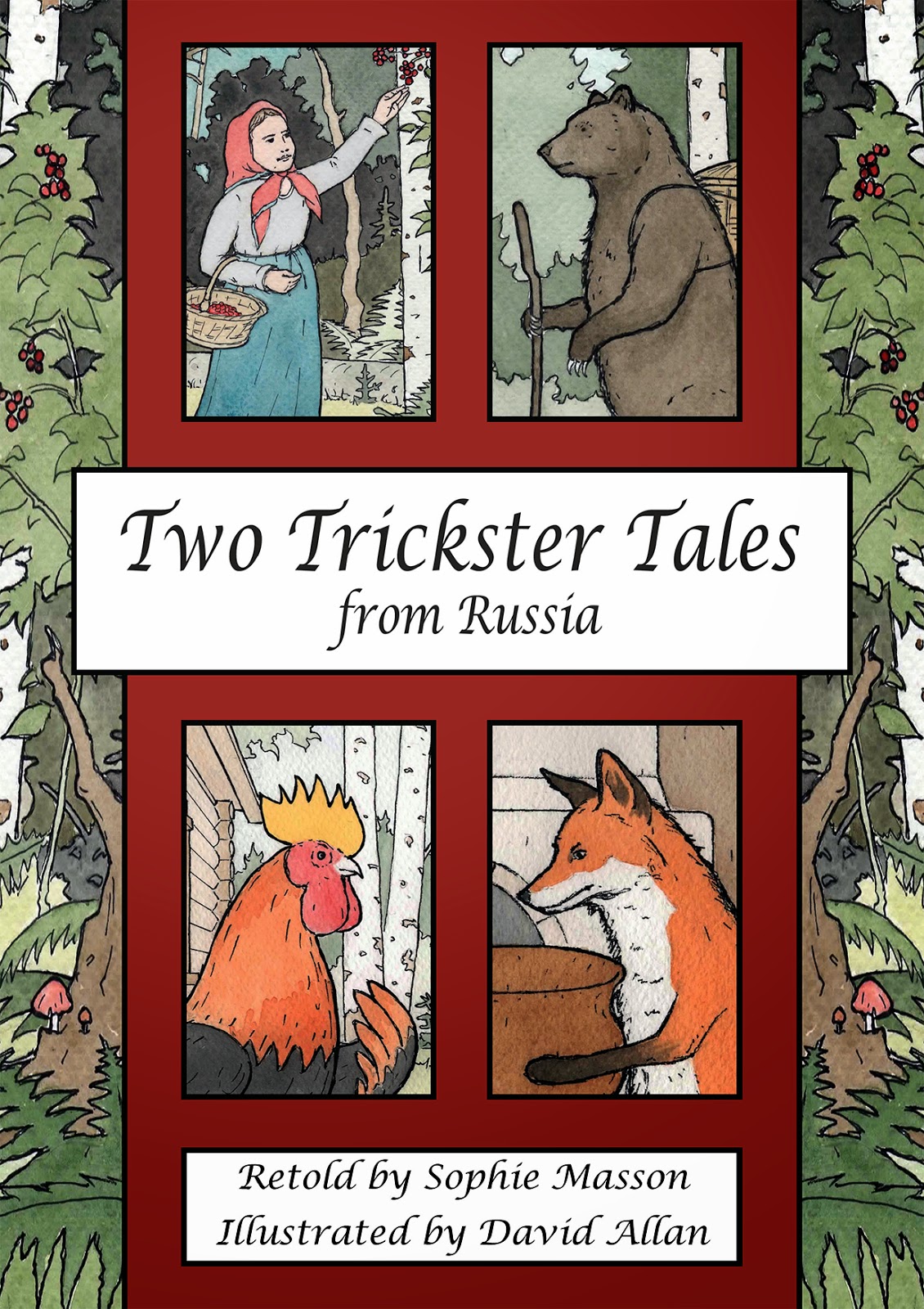